There is a point, when sculpturing, at witch taking great care of details leads to creating hyper realistic artwork that cannot be set apart from the real world objects it is supposed to represent. Ron Muech sculptures are just that, extraordinary realistic work that seems real even after looking at it for the tenth time. 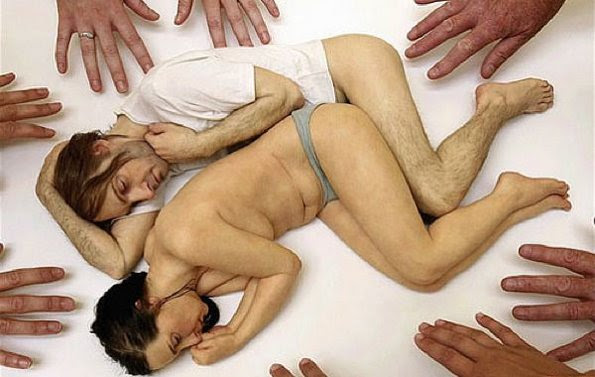 Ron Mueck was born on 1958 is an Australian hyper realist sculptor working in Great Britain. Mueckâ€™s early career was as a model maker and puppeteer for children’s television and films, notably the film Labyrinth for which he also contributed the voice of Ludo.

Mueck moved on to establish his own company in London, making photo-realistic props and animatronics for the advertising industry.

Although highly detailed, these props were usually designed to be photographed from one specific angle hiding the mess of construction seen from the other side. Mueck increasingly wanted to produce realistic sculptures which looked perfect from all angles. 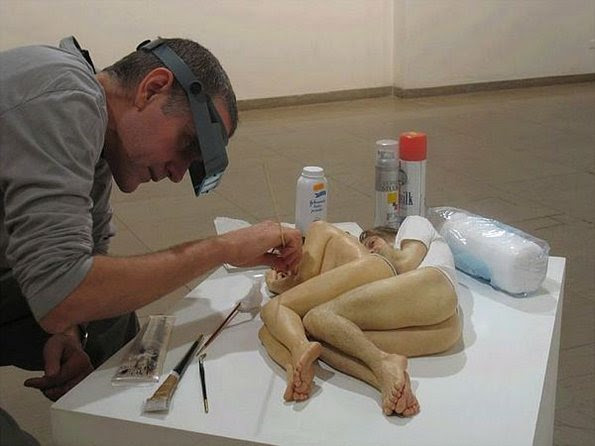 In 1996 Mueck transitioned to fine art, collaborating with his mother-in-law, Paula Rego, to produce small figures as part of a tableau she was showing at the Hayward Gallery. Rego introduced him to Charles Saatchi who was immediately impressed and started to collect and commission work.